The AGM was followed by our Guest Speaker, Bob Redman – from Elstree Screen Heritage 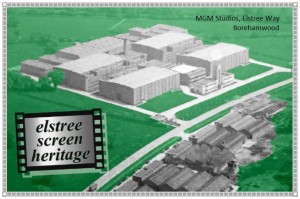 Bob described 100 years of local film-making in Elstree & Borehamwood. He also refered to Aldenham’s own connection as a key location for many films and TV productions. Of course, being a resident of Hertsmere means that you own a share of Elstree Studios as well.

This wasn’t just an exercise in nostalgia, since Elstree Studios are busier than they have been for many years, largely as a result of increased BBC activity and Bob brought the story up-to-date and speculated a bit about the future.

Bob touched on how Elstree Screen Heritage was formed and the work it has done to protect and promote the home of British film and television.